Benjamin Emmons (b. 1762) ordered this pitcher, made in England in the early 1800s, probably as a gift to Maine's Solar Lodge No. 14. Trained as a cooper in Boston, Emmons later moved his family to Maine, where he opened a shipyard. He became a member of Solar Lodge in 1805. Marked "Corn," a Masonic symbol for prosperity, this pitcher may have been used on ceremonial occasions at the Lodge. For further information, see Newell, Aimee, et.al., "Curiosities of the Craft: Treasures from the Grand Lodge of Massachusetts Collection", 2013, p. 135-137. 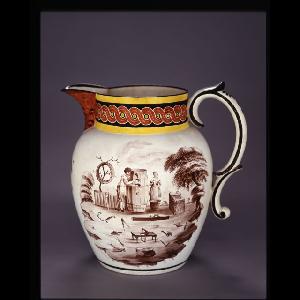 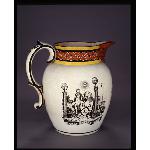 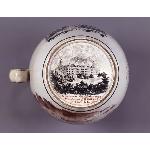