“As an artist, he has exhibited as great a proof of mechanical genius as the world has ever produced.” -Thomas Jefferson, writing about David Rittenhouse, 1787. Working as both mechanism-designers and metallurgists, clockmakers were knowledgeable and often ingenious craftsmen. Among colonial clockmakers, however, David Rittenhouse’s abilities stand out. In addition to making clocks, he studied astronomy and mathematics. He also worked as a surveyor, professor and politician. This complicated mechanism speaks to his talents. It not only tells the time in hours, minutes and seconds, but also notes phases of the moon, the day of the week, the date, and the month. 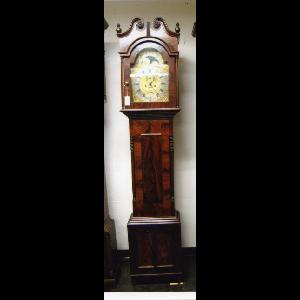 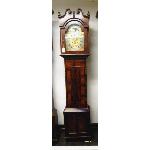 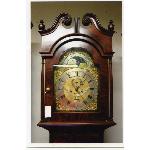