Willis Michael purchased his first antique clock, possibly this tall case clock made by George Hoff, in the 1930s. The elder George Hoff was born and likely trained in Germany before he came to Lancaster, Pennsylvania, where he started his clockmaking business in the 1760s. This example may have attracted Mr. Michael’s interest because it was crafted in a town near his own home. "Keeping Time: Clockmakers and Collectors," October 10, 2015 - ongoing (2017) 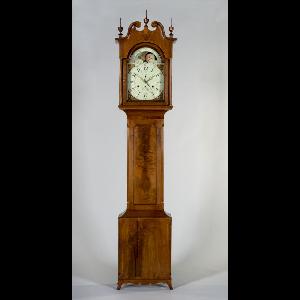