This chalice was presented to George Deloynes in 1836 by his lodge brothers in respect and affection for his service toward his lodge. Loge de l’Union Francaise No. 71 started meeting in New York City in 1797. The lodge conducted its business in French, as can be seen by the French language inscription on this vessel. "Recent Acquisitions," June 2016 - July 2017 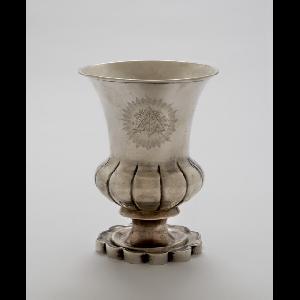 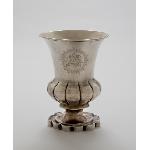