In the 1700s and 1800s, young girls were taught how to sew as preparation for their future lives as homemakers. Girls whose parents could afford it sent their daughters to schools where they could study languages, music or fancy needle-working skills. Samplers such as this one testified to both a young student’s stitching abilities and her knowledge of Biblical history. Families and makers saved and displayed them as evidence of the girls’ accomplishment. 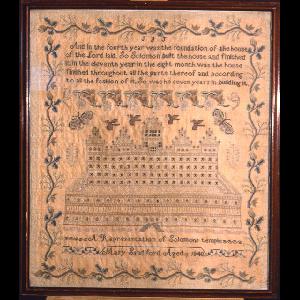 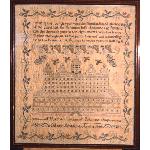 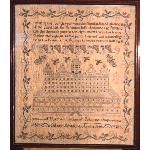 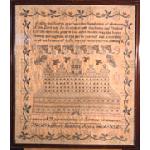