This print shows the Grand Lodge's first Boston Masonic building, which stood at Tremont Street and Temple Place. Masons laid the cornerstone in 1830 and dedicated the completed structure two years later. The building featured Mason's Hall, lodge meeting rooms, lecture space, a chapel and two school rooms. In 1858, the Grand Lodge sold this building to the U.S. government, who used it as a courthouse. The artist of this print was Benjamin F. Nutting, a portraitist and lithographer who worked in Boston during the mid and late 1800s. 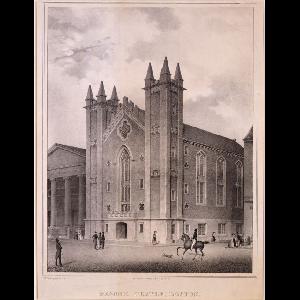 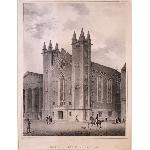 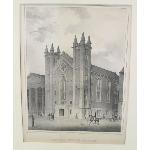