Ulysses S. Grant was born Hiram Ulysses Grant on April 27, 1822 in Georgetown, Ohio. He was sent to West Point in 1839, where a roster error dubbed him U.S. Grant. After graduating, Grant was stationed in St. Louis, Missouri where he met future wife Julia Dent. In 1844, Grant served as a captain under Zachary Taylor in the Mexican-American War. After the war,Grant was transferred to Fort Vancouver in what is now Washington and later to California. It was in this time Grant became unhappy with his military service and resigned April 11, 1854. Grant took up several occupations before the onset of the Civil War, none of which proved fruitful; he immediately reentered the service in 1861. He won the Union’s first major victory at For Donelson Tennessee; he demanded the unconditional surrender of the Confederates, a legacy that stuck with him throughout the war. Grant managed to fight back at Shiloh, after a surprise attack by Confederate soldiers, then went on to win at Vicksburg, Mississippi on July 4, 1863. This victory essentially cut the Confederacy in half. In March 1864 President Lincoln named Grant commander of all the U.S. armies, with the title lieutenant general. After the war Grant accepted the 1868 Republican presidential nomination and served two terms in office. Leaving the presidency in 1877, Grant and his wife Julia went on a world tour, where he became one of the most recognized figures worldwide. After poor investing, Grant lost everything in 1884 and worked the rest of his life to pay his debts. Grant set to writing a wartime memoir and finished just as he succumbed to throat cancer on July 23, 1885. The two volume set sold around 300,000 copies and earned about $450,000.Grant is buried in a tomb in New York City; the site is a national landmark. 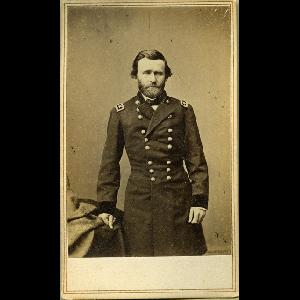 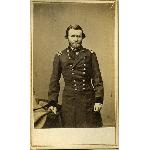 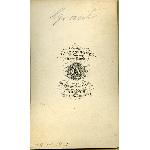