Sepia-toned Masonic carte-de-visite photograph. Image depicts a chart with more than thirty Masonic symbols, including a mosaic pavementr and columns. There are globes on top of each of the columns. Other symbols shown on this chart include an all-seeing eye, a heart, an anchor, the sun and moon, a winged hourglass, a scythe, a beehive, and two swords. A cable tow with tassels at each end frames the chart at top and sides; there are seven sheepshank knots in the rope. The chart has a serrated edge. Above the chart, printed in brown ink, is the title "Masonic Symbolical Chart." Printed on the back in black is "Photographer, / New York. / Duplicates of this picture can be had at any / time within six months." 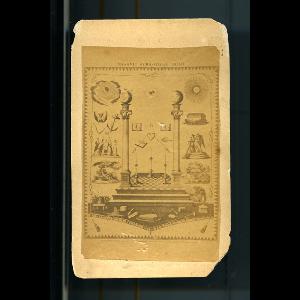 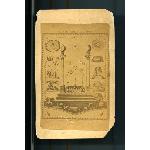 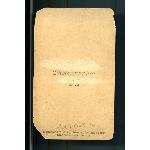