This Civil War envelope depicts a dismissive Britain (Victoria Rex) mounted on a lion gazing at the young, upstart Confederacy, represented by a rooster. The rooster carries the seven-star Confederate flag, which the Confederacy used as its national flag from March 4, 1861 until May 21, 1861. Forms part of the William Caleb Loring illustrated envelope collection. 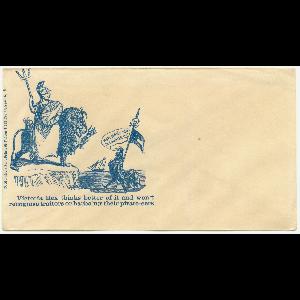 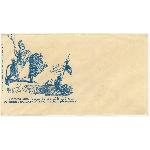 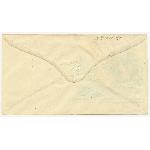