Statue of Washington engraving; shows man looking at statue of George Washington seated, in Roman dress with right arm up at 90 degree angle ; base of the statue reads "First in / the hearts of his / country men"; bottom reads "Munger, sc. Published by W.H. and O.H. Morrison / Statue of Washington (by Greenough)." 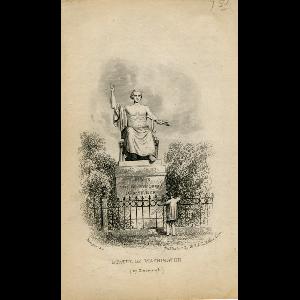 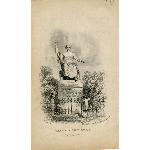