This sword belonged to Freemason Dana Baldwin Pratt who was "one of the most widely known Masons in New York State," according to his obituary. He grew up in Fairhaven, Massachusetts. He was active in many Masonic bodies including the Knights Templar and the Shrine. 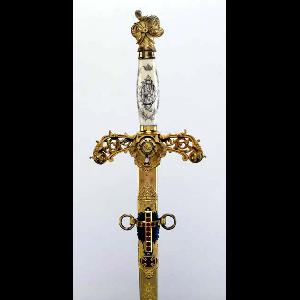