In 1885, in response to an upswelling of interest from members, the leadership of the Independent Order of Odd Fellows established a uniformed group called the Patriarchs Militant. Members of this group met to practice drills and to prepare to march in parades wearing military-inspired uniforms and carrying ceremonial swords. Many members had their photographs taken dressed in their handsome parade regalia. This portrait also includes family members. 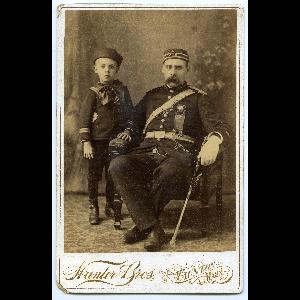 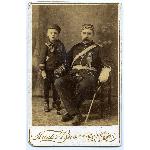 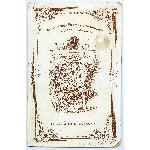