White ceramic pitcher with blue and white decoration. Body flares out at bottom. Inside the spout is an image of the Liberty Bell. On the handle is the Bunker Hill Monument and lettering, "American independence 1776." Around the outside of the top are portraits of Thomas Jefferson, John Adams, John Hancock, George Washington, Benjamin Franklin, and Patrick Henry. Below the portraits is a row of white banners with signatures of men who signed the Declaration of Independence. Around the bottom is a series of scenes: "Faneuil Hall Boston Cradle of Liberty"; "Washington's Farewell to His Officers"; "Signing Declaration of Independence"; "Washington Crossing the Delaware"; and "Independence Hall." On the bottom is "Historical / Pottery / [maker's mark of stylized, intertwined "R", "M", and "Co" inside a diamond-shaped outline] / THE / ROWLAND & / MARSELLUS Co. / STAFFORDSHIRE / ENGLAND / RD. NO. 527015".

Potters in Staffordshire, England, crafted this pitcher bearing portraits of American heroes along with the signatures of the men who signed the Declaration of Independence. To the design, they also added a variety of scenes from American history and national landmarks. The company that imported this pitcher sold it, and a variety of other ceramic souvenir items, to retailers across the country. For further information, see blog post, November 27, 2018, https://nationalheritagemuseum.typepad.com/library_and_archives/2018/11/historical-plates-on-view-in-the-art-of-american-history.html 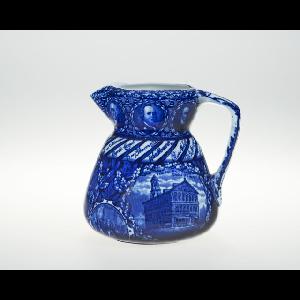 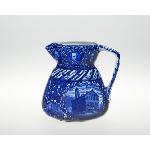 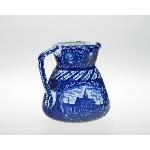 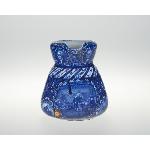 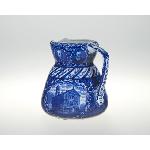