This apron belonged to Carl Leonard Lidfeldt (1883-1962). According to an inscription under the flap, Lidfeldt’s lodge presented the apron to him when he became a Master Mason in Rochester, New York. Handsomely painted notes on the body of the apron outline when Lidfeldt was initiated in each Scottish Rite body. Like another apron displayed nearby, this apron tells a story of accomplishment and reminded its owner of the Masonic milestones he had reached. “The Badge of a Freemason: Masonic Aprons from the Collection,” March 2016-March 2017 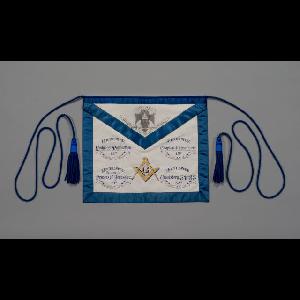 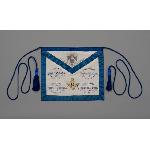 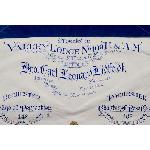