Drawing of a Shrine Jewel, 1918–1950 Boston, Massachusetts Loaned by the Grand Lodge of Masons in Massachusetts, GL2004.10961 Boston jeweler Frederick T. Widmer (b. 1877) may have designed this jewel for the Shrine’s Abou Saad Temple in Panama’s Canal Zone. The crescent-shaped part of the design incorporated the Middle Eastern-inspired symbols employed by Shrine groups. The pin portion, bearing the group’s name and location, is a variation of a standard design the jeweler used for many organizations’ badges and jewels. For further information, see Newell, Aimee, et.al., "Curiosities of the Craft: Treasures from the Grand Lodge of Massachusetts Collection", 2013, p. 274-275. 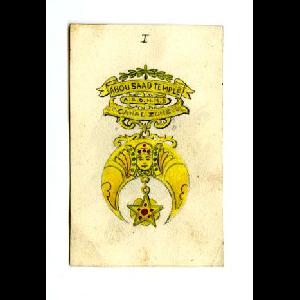 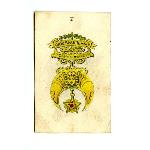 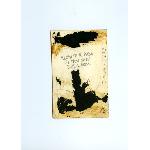