Thousands of Freemasons served in the military during World War I. During and after the war, soldiers and civilians made or bought decorated shell cartridges as souvenirs. Sometimes they were made into household items. Union Lodge No. 31 in New London, Connecticut, used this lamp to let brothers know which degree the lodge was working in. It was presented to that lodge in 1922 by Brother Robert T. Woolsey. For further information, see blog post, December 23, 2010 http://nationalheritagemuseum.typepad.com/library_and_archives/2010/12/there-are-masons-in-foxholes.html AND Blog post, March 18, 2014 http://nationalheritagemuseum.typepad.com/library_and_archives/2014/03/memories-of-world-war-i.html 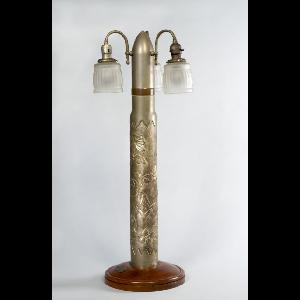 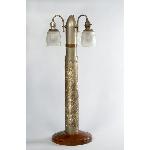 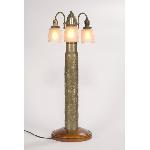