One of Walt Disney’s pioneering feature-length animated films, Pinocchio, released in 1940, inspired George McFadden to create this clock the same year. More than thirty years passed before McFadden made another clock. McFadden’s image of a man, perhaps Geppetto, giving his dog a bone, may illustrate his own warm feelings toward animals, dogs in particular. Upon his death, he left the bulk of his estate to organizations dedicated to the care of unwanted dogs. 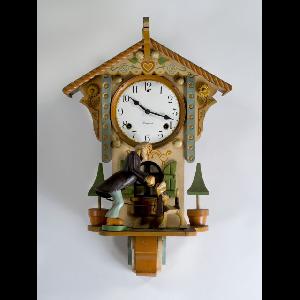 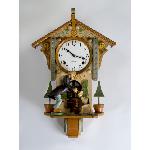 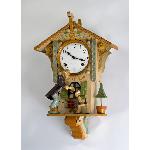