Political banner with United States South Dakota statehood flag; American flag with 39 stars; red, white and blue colors; label framed with flag reads in part "Dakota Statehood: 39 flag which was legal for only 3 seconds. During the act of signing statehood for North and South Dakota by Harrison, one flag maker gambled and lost in the printing of 39 stars as it was a question of whether both Dakotas would form one state..."; wooden frame with glass. 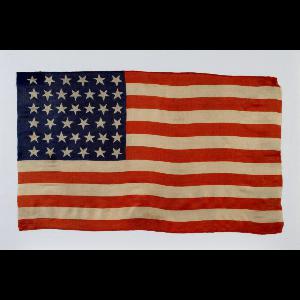 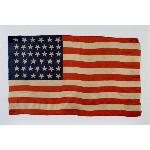 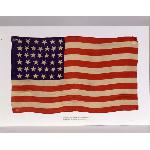